Ever since I met my husband, Glenn, he has wanted a 2nd tattoo. He got his first when he was 18 and let’s just say that he’s not overly proud of it. 😁 So shortly after Christmas this year, he decided it was time to act and his 45th birthday in March was the perfect time to pull the trigger. He started researching tattoo artists in Shanghai and planning on designs for his half sleeve tattoo.

His research, unequivocaly, pointed to ZhouDan Ting, who is known as Ting. She comes from Harbin in Northern China and once she outgrew the Harbin tattoo scene, she moved to Shanghai and set up shop. She is internationally known and has been featured on the CNN travel website and numerous publications around the world. Glenn had found his artist.

There is a two month wait list to get an appointment with Ting so back in January, Glenn met with her, put down a big downpayment and booked his ink dates. He had two sittings last week that were 4-5 hours each!  The result is incredible.  There are 4 other artists who work in the studio so you may not have to wait as long with one of them.

Funny story….Glenn has a torn alc and has to have knee surgery to repair it. As it turns out, the surgery was scheduled for the same day as his coveted first ink day. He contacted Ting to see about rescheduling and the closest day was in June. Glenn then called his orthopedic surgeon and he was quickly able to delay the date of his knee surgery by a few days. In Shanghai, it is easier to reschedule a knee surgery than a tattoo appointment with Ting. She is that good! So tomorrow is knee surgery day….positive thoughts are appreciated 😁😁 We’re very lucky to have Glenn’s brother, Darrell, here from Newfoundland for a visit to keep Glenn company while he recovers.

Our photographer friend, Lisa Browne from http://www.capturingthefabulise.com came to the second sitting and took some amazing photographs. She’s also coming to the final sitting on April 11 so stay tuned for another post. Thank you so much for these photos, Lisa. You’re incredible!  ❤❤

ZhuoDan Ting’s studio is located on the 4th floor at 1 Maoming Nan Lu, right on the corner of Yan’an Lu. The studio has a cool vibe and I was happy to hang out and write away on my laptop while sipping a Goose Island IPA. Check out her website http://www.zhuodanting.tattoo 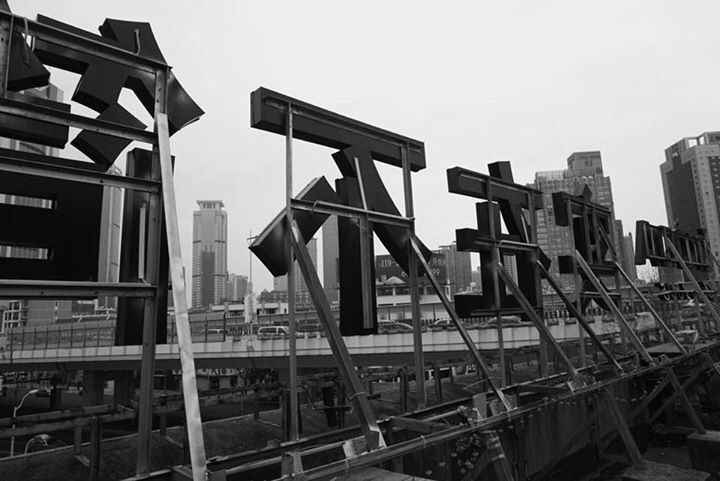 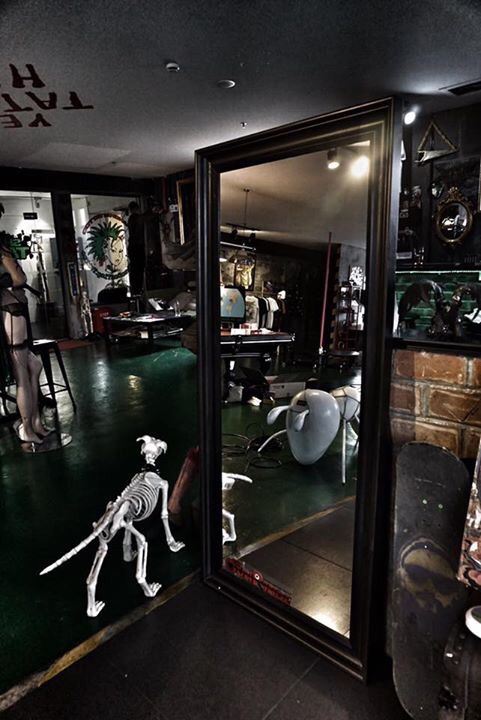 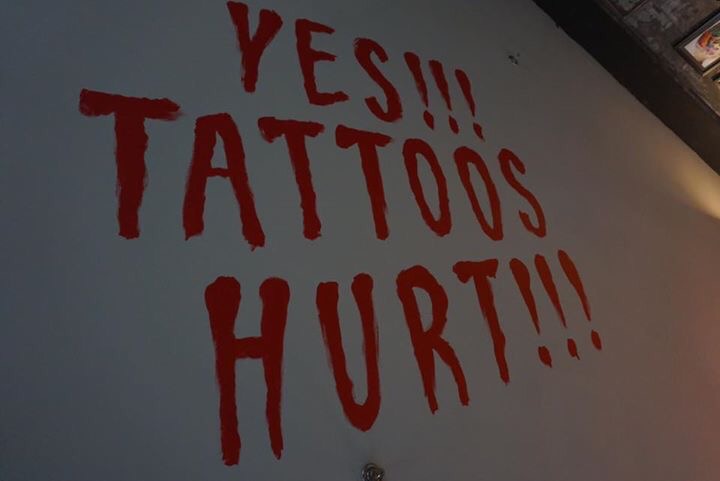 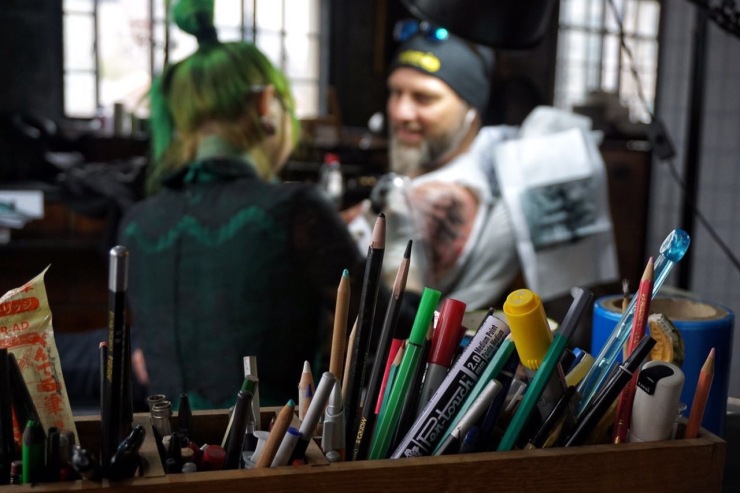 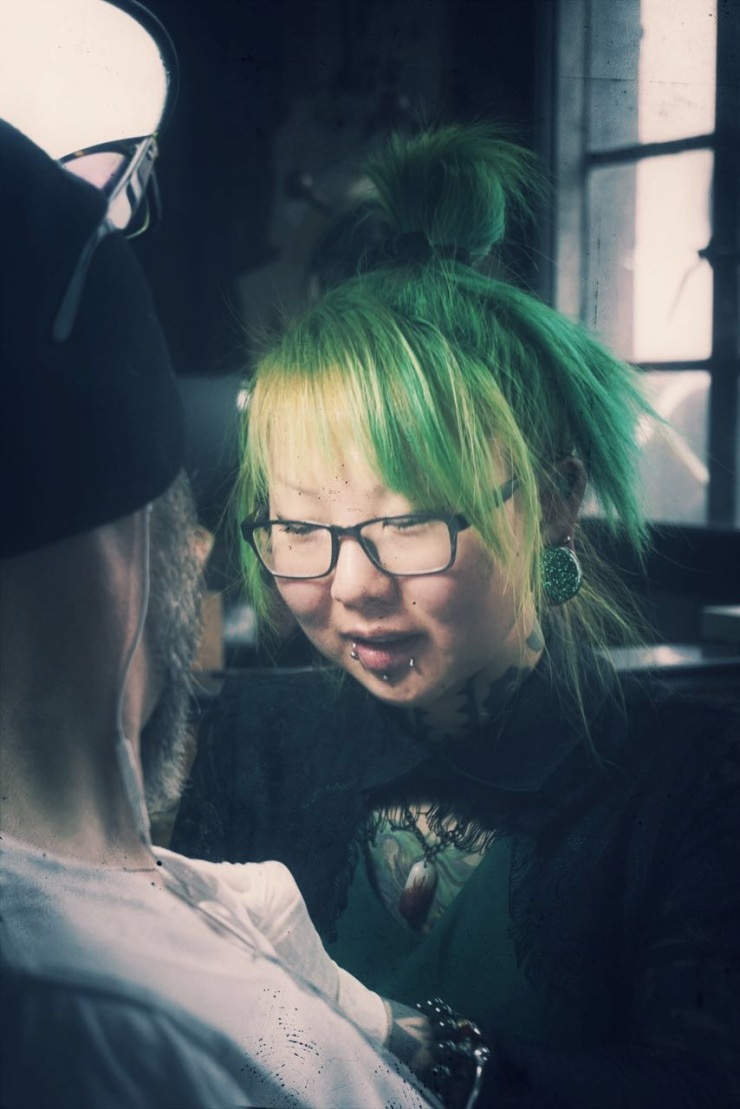 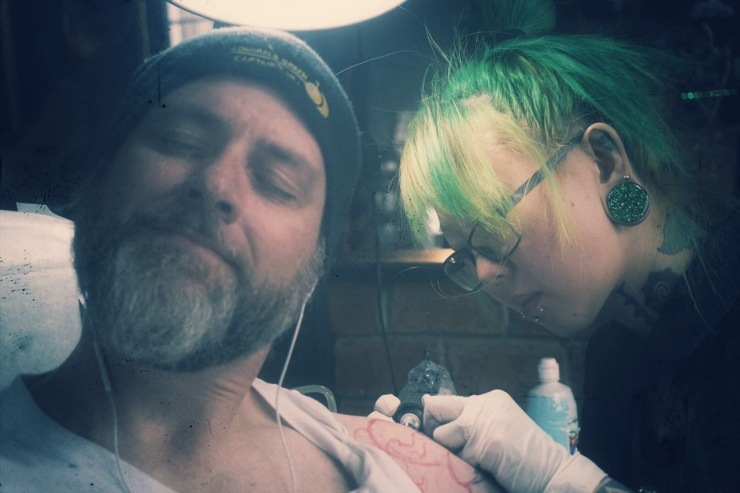 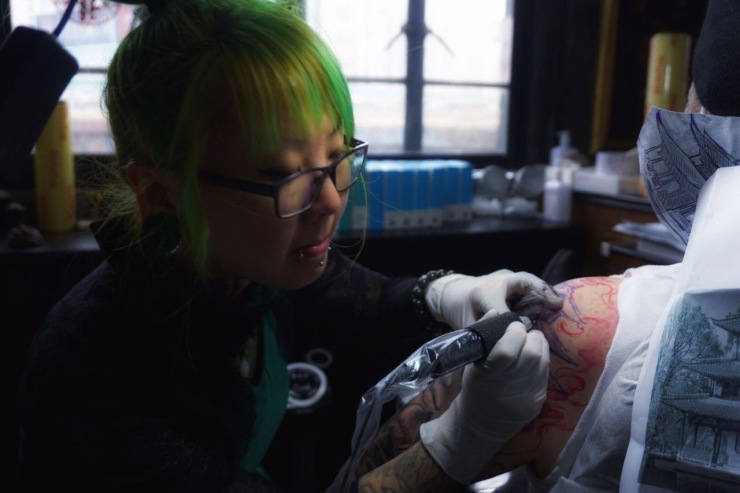 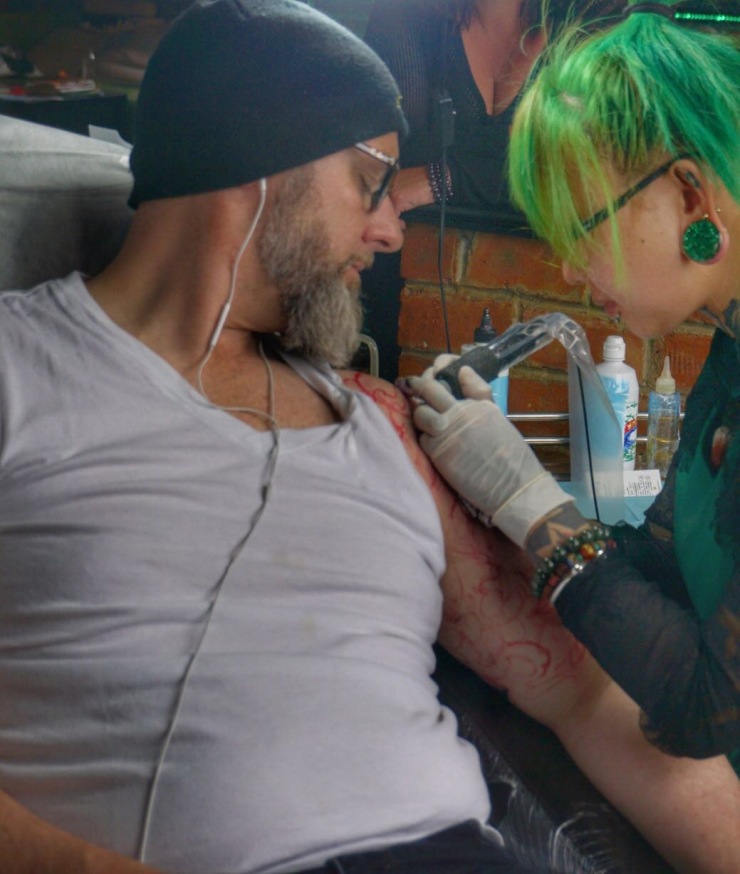 Happy Birthday to my love!  I am so thankful for the joy this experience is giving you….you SBTE….Sexy Bearded Tattooed Executive. 😂❤

Only joy, only love,

2 thoughts on “The Queen of the Shanghai tattoo scene – ZhuoDan Ting. ”